Sri Tirumalai Krishnamacharya (1888-1989) of South India is considered to be one of the greatest yoga masters of the 20th century. His studies covered all six philosophical systems of Indian Philosophy, including the system of Classical Yoga, and he gained advanced degrees in all of them. Combining elements of Ayurvedic healing with yogic practice techniques, Krishnamacharya became a renowned healer in his time, treating various dignitaries of the ruling classes and making a name for himself as a yoga master. His main students include his brother in law BKS Iyengar, his son TKV Desikachar, K. Pattabhi Jois, Indra Devi, Srivatsa Ramaswami and AG Mohan. What distinguished Krishnamacharya’s approach as a yoga teacher and healer was his utmost concern for the individual student’s needs.

One of Krishnamacharya’s great innovations in yoga was his emphasis on combining conscious breathing (pranayama) with the practice of yogic physical postures (asana-s). In this way what could be a purely physical exercise regimen becomes a ‘holistic’ one, engaging body, breath and mind. In addition to conscious breathing, elements of chanting, visualization and meditation are incorporated into the practice to address the practitioner on all levels: physical, energetic, mental, emotional and spiritual. 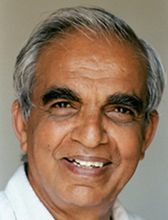 TKV Desikachar (1938-2016), son and student of the legendary Sri T. Krishnamacharya, was one of today's most respected and knowledgeable yoga teachers and yoga therapists. He is the founder of the Krishnamacharya Yoga Mandiram (KYM), a government recognized Public Charitable Trust, located in Chennai, South India. The KYM is a leading institution in the field of Yoga Therapy, Yoga Studies and Research. Hundreds of patients every year find relief from various illnesses and conditions through the one-on-one sessions offered by KYM's teachers.

What distinguishes yoga teachings in this tradition is the utmost concern for the individual student’s needs. The yoga practice is tailored to the student's current requirements and is particularly effective because the student's age, occupation, life circumstances, interests and capacities are taken into account. Adaptations of postures, breathing ratios, chanting and meditative practices will be given to maximize the individual's benefits and minimize the risk of practicing inappropriately, making the practice useful, meaningful and oftentimes therapeutic and transformative for the practitioner.